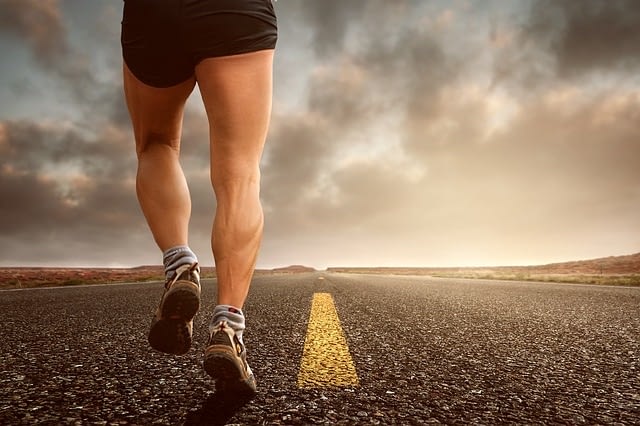 For the last month, I’ve been unsuccessful in my attempts to complete a two-hour run. Although Johnny has been training me to complete the 2020 Texas Ironman, right now he’s preparing me to run the January Houston Marathon. Part of the training involves regular increases in my weekly running volume. I still have training runs three days each week. Now, one of them just keeps getting longer.

About five weeks ago, the run duration began to increase weekly. This week, I was scheduled to run for 3 hrs, but I’d yet accomplished a continuous 2-hr run. The first time I attempted it, I was very excited but chose the wrong food the day before. That first run was a mix of urgent bathroom visits split with time on the treadmill. After an hour and fifteen minutes, I decided to stop running, go back to my hotel room and let my gut finish run free. My second attempt also was negatively impacted by food choices. Instead of distress, I didn’t eat food that would provide me with the energy stores needed to complete the run. So, after an hour and a half, I felt so drained that I became concerned that I was going to hurt myself on the treadmill and I decided to stop running. As badly as I wanted to complete the time, I didn’t’ want to turn a disappointing situation in an injurious one.

This morning, while still frustrated but undeterred, I was finally able to run for two hours. I was better prepared for the day. Taking the lessons about nutrition from my previous attempts, I stayed more disciplined with eating and was feeling very good.  I focused on eating lots of complex carbs and lean protein while decreasing my fat and processed food intake.

Today is my day!

One hour into the run, I felt strong. I went to the bathroom and wrung my shirt out like I’d been swimming because I sweat like I’m a human sprinkler. The shirt was soaked from top to bottom. My compression pants and running shorts were also soaked. Since I have a high sweat rate, I include electrolyte salts in any training session that will last longer than an hour. If I don’t, I run the risk of getting cramps. I got back on the treadmill and continued the run while maintaining an easy pace for the remainder of the 2nd hour. The goal was to stay in zone-1, keeping my heart rate relatively low and a pace where I could hold a conversation. Right now, that’s between 11:00 to 13:30 min/mile.  I focused on staying within the slower end of zone-1 so that I could accomplish a few things today. Primarily, I wanted to complete it as a run and not a run-walk combo.  Also, running slower and longer trains my body to burn fat as fuel rather than solely relying on glycogen. Our body’s glycogen stores are small compared to the fat reserves. So, having an “engine” that can efficiently run on the fat reserves is a huge advantage for endurance races.

About 30 minutes into the second hour, my doubts started to surface. This time it started with discomfort in my left foot. The inside of my foot just above the arch began to hurt. Nothing alarming, just enough discomfort to make me take notice and continue to pay attention…aka distract me. I noticed that I began telling myself it would be ok to stop now that I had a new “pain” in my foot. Immediately after I allowed that thought, 10 more excuses came to mind. Then my legs started to feel heavy… I was entering a downward mental spiral.  Fortunately, I noticed what was happening and I reminded myself that this was part of the process. Mental strength is just as important as physical conditioning. The major difference this time was that I still felt physically strong. I was not low on energy, my form wasn’t falling apart and I wanted to keep going. I wanted to hit 2-hours. I had to quiet my mind and keep running.

Surprising myself, I was still feeling great at the two-hour mark. I also felt a sense of accomplishment, but now had another excuse to stop.  I was out of time. The run was actually scheduled to be a 3-hr session, but this morning I overslept and got to the gym too late. Adding another hour (ie. the third hour) would have gone too deep in the morning and I had things to get done today.  So, after 2 hrs I stopped the treadmill, went to the locker room and changed out of my soaking wet shirt – feeling fucking awesome!

I love the feeling of hitting my goals, especially when they cause me to expand what I believe to be possible. 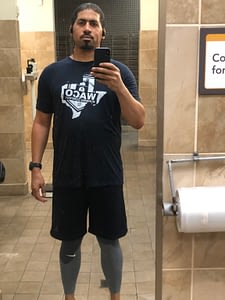 Running with a new pack