Being open about my journey has been joyous 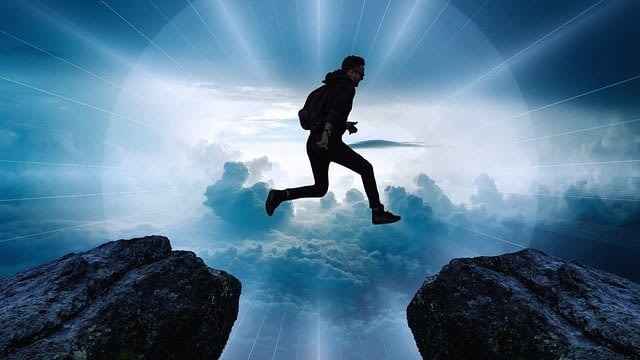 Fear is a powerful emotion

My longstanding impulse is to remain closed about my goals and endeavors. For many years, I’ve told people that I’d rather lurk in the shadows of obscurity than be in the light. Part of that mindset is that I do what I do for me, not to prove something to others.  Another part of that mindset is fear. Fear of being seen as a failure or as incapable.

Initially, when I decided that I’d complete the Texas Ironman triathlon I didn’t tell anyone. Then, I began to feel different about staying quiet. As I began to reflect and question why I didn’t want to share such an endeavor, I really could only find answers that pointed to fear in one way or another. I have never like allowing fear to make decisions. Once I admitted that’s what was happening, I had to address it. I didn’t necessarily want to shout it from the rooftops, I was still acutely attuned to the negativity and doubt that people like to sprinkle into other’s lives, but I did have to begin sharing it. I accepted that I’d just deal with whatever came with the openness.

I wanted to find a community of like-minded individuals. Specifically, I wanted to find local triathletes of all experience levels. Learning as much as I could quickly was going to be necessary. I also knew that with endurance comes suffering and self-doubt. Like graduate school, being in a community of others is super useful in getting through those down periods. So, I had to accept that I needed to change my mindset, get uncomfortable and be open about what I was planning to do….

I’m at the beginning and I want to learn.

Not only did I find a local group of triathletes who have been incredibly welcoming and helpful, but I’ve also found support in my own professional circle. For the most part, I’ve kept my personal endeavors separate from my work life. Shortly after I began this Ironman journey, I made it public at work. Since that day, which I remember very clearly, they’ve done nothing but encourage and support me. Although none of my teammates do triathlons, many are athletes in their own right. I’ve gotten invitations to join their workouts or train with them when we are in the same city.  Everyone has been awesome.  The dreaded naysayer has not yet surfaced.

A few of my colleagues have even put me in contact with IronMan triathletes that they know personally. Talk about community support! Some of the more experienced runners and cyclists have taken me out to teach me techniques and give me tips to being a better endurance racer. I have fantasized about having those kinds of relationships with other athletes, but I was both embarrassed and concerned about being a burden, so I never asked.  Although they offer to train with me, at my current level, I often feel the need to apologize that I’m slowing them down or holding them back. I want them all to know how grateful I am for what they are doing with me.

Then, there’s the whole digital community, social media, youtube, blogging, etc. Following and connecting with like-minded people from around the world is exciting. Watching both the dedication and the struggles of other athletes reminds me of our common humanity. I’m inspired to feel connected with random people who are pushing themselves to break through barriers and see how much more they can become.  Watching all of these incredibly brave individuals remind me that growth is a process, not a place.

If I am able to be that type of motivation or inspiration to other individuals, then facing my fears is worth it. 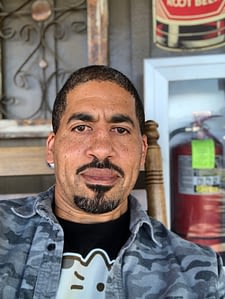 Learning to enjoy the challenge

Laps at sunrise in the Bahamas