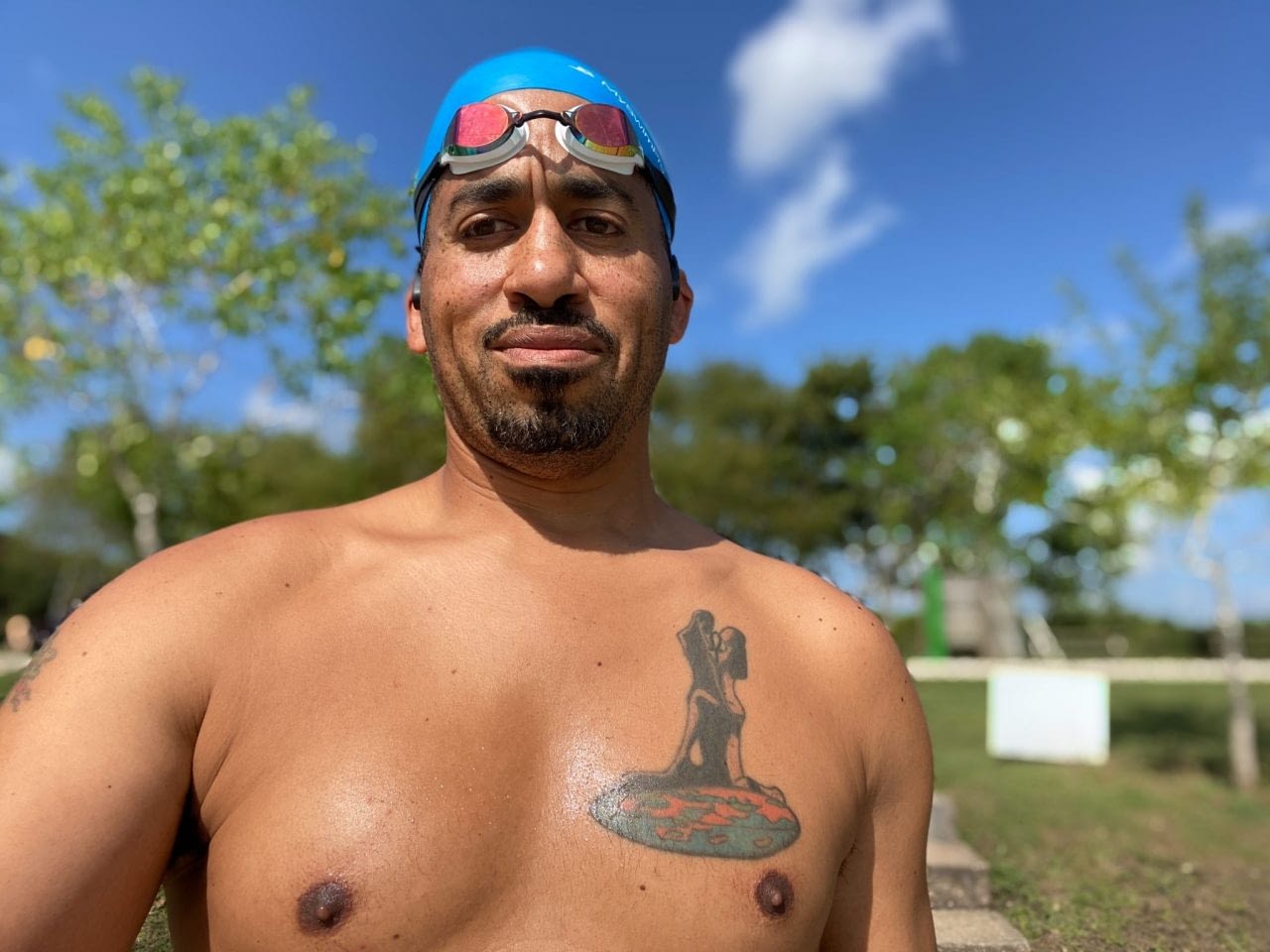 The Houston Racing Triathlon Club held a monthly meeting at Twin Lakes today. This was the first meeting of the club since the COVID-19 shut down in March and included a splash and dash event. Splash and dash is a race where we swim a fixed distance then get out and run a fixed distance. The club typically has them throughout the summer months, but I’ve never participated. Last year I was intimidated and not confident enough.

Today was different. I wanted to go and just have some fun. I wasn’t sure that I’d even swim or run, perhaps I’d just eat and socialize with the other athletes.

Once I arrived at the lake I could sense the competitor awakening. My blood pressure went up, I could feel the adrenaline and I was sizing people up as I went past them. I didn’t know anyone, so I assumed everyone was fast. I didn’t come to compete, but suddenly, I felt as if I was being drawn to it.

The organizers appeared to be setting up and waiting for more people to arrive, so I decided to warm up with a lap around the lake. I thought that working on my form would be a better idea than sitting around and waiting.

While swimming I paid attention to high elbows, keeping my hips up, slowing my kick and timing it with the stroke, getting a full extension with each pull, and then rotating rather than twisting my body to breathe.

When I can get all the pieces to work together I feel like I’m gliding effortlessly through the water. The feeling doesn’t last, but it’s incredibly addictive. I think I’ve found crack for swimmers.

I completed about 1100 yards…a nice warmup.

Time for the splash and dash.

We lined up in the water for the start. The race was about 400 yards, 200 straight out to a submerged telephone pole, and back to the dock. A short sprint, cool.

About 8 or 9 athletes participated. I quickly got out in front with two other swimmers. About 75 yds into the race I  caught the leader and decided to swim next to him. I wanted to see how fast he was going and if he was consistent. I maintained a steady relaxed stroke, I wasn’t sprinting, just going faster than normal training pace. I decided to drop back to his hip and draft, letting him take the lead and pull for a while. Maybe he would burn himself out.

To stay on his mind, I decided to smack his legs or his feet from time to time. I wanted him to know I was still on his tail. Get.in.his.head.

As we approached the turn, I pulled up next to him on the inside. I wanted him to have to swim wide to make the turn. As he headed back, I swam next to him again and watched him fade. He seemed to be running out of gas, so I picked up the pace a little to see if he’d try to keep up. He did, then faded again, so I decided to turn on the jets. I tried to kick water in his face as I went past him…I wanted him to know with certainty….that he was no longer in contention for the win. My Junkyard Dog was awake and smelled blood!

From there, I kicked in the afterburner, not a full sprint, but not sustainable for very long either.  I made it back to the dock as the winner.. 5min 35sec.   He got to the dock 5 min 55 seconds.  Everyone else was at least 1 minute behind us. I felt good, but that was the end of the race for me, I didn’t bring running shoes. He got out and began his run with a tremendous lead and won the overall competition.

The intensity that I felt when I was vying for the lead position surprised me. My ability to maintain a clear head and to strategically test and taunt my immediate competitor was even more unexpected. I was calm and aware of my breathing rate, stroke rate, pace, and where the other swimmers were. Having this level of awareness and mental presence is definitely beneficial, I feel very good about it.

The rest of the afternoon was spent eating and socializing with the other athletes. We had a beautiful day with perfect weather. 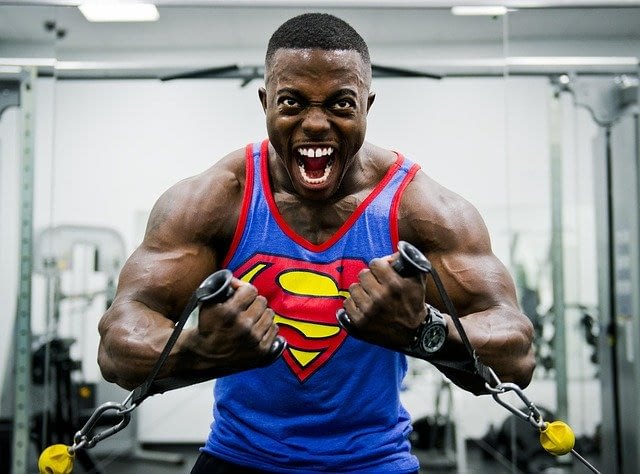 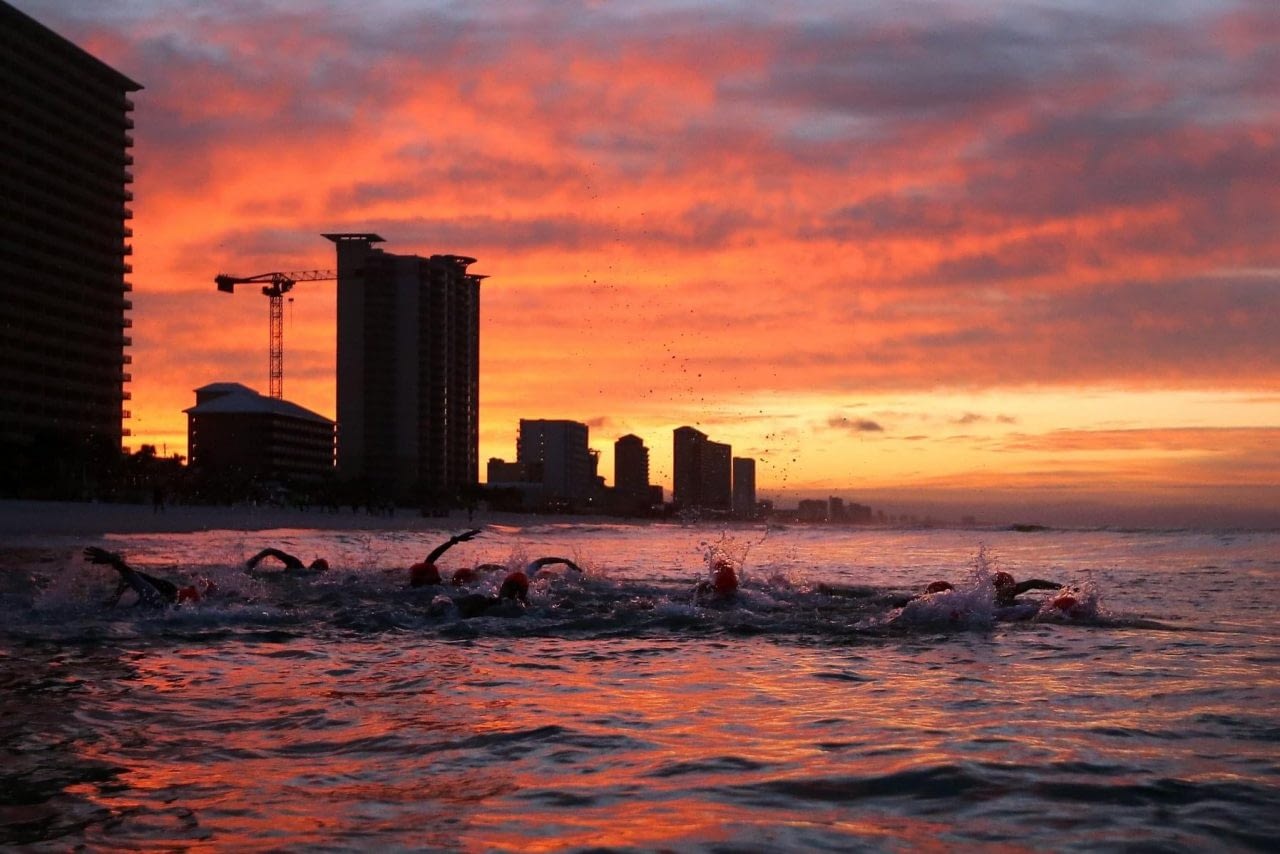