How I undermined myself as a runner

For the majority of my life, running felt awkward and difficult. However, as a freshman in high school, I quickly realized that the track stars got all the ladies. So, I decided that I belonged on the track team. My buddy James and I decided that run cross-country running was the best way to get ready for track season (we were destined to be on the team). Neither of us was very athletic or motivated by anything more than our hormones.

We had a vision!

We ran exactly one cross-country race. About half-way into the race (I don’t even remember the distance), we got tired and hid behind a bush until the meet was over. After we were certain that all the runners were done and gone, we casually walked back to the track. To our surprise, the coach was still there and noticed that we never finished. Actually, I don’t remember ever going to practice, so I was surprised that he even knew who we were.  We shrugged and just walked back to school, never to return to the track again.

Then, during graduate school (circa 1995), my doctoral advisor would run in the evenings. He was a former All-American sprinter from NYC. Although he’d gotten out of shape he had muscle memory and got his running “groove” quickly. I, on the other hand, was his entertainment. He attempted to help me run but, I never got it. Rather than running, I always felt as if I was lumbering down the street. The whole activity felt so unnatural and that frustrated the shit out of me. It never got better and again, I stopped running.

In 2002 I moved to Cincinnati and attempted to pick up running again. People at work would run after work so I thought it would be a good way to build relationships. I had no idea how fast I could run but figured that I could keep up with them. So, I ran around the grounds a few times alone just to get a feel for the sport. I didn’t have a watch, so I had no idea how fast I was actually running. I just knew that whatever speed I reached, it must have been fast because I struggled. So, when they asked, I made up a number…Uhhh, about 10 min per mile. They said great, that’s close to our pace too.

The next day, we all went out after work and ran two miles. I kept up with them for what felt like 1.5 miles but was probably only a half-mile.  Eventually, I finished but thought I was going to die.  One of the guys laughed and told me that my “10-minute mile pace was actually 16-minutes per mile”.  I was floored and embarrassed.  I never ran with them again.

I’d created a self-feeding negative feedback loop. I accepted the following story – I am not a natural runner, so I can’t improve and I can’t get much better.”

In the back recesses of my mind, I wouldn’t accept such a bullshit defeat. Occasionally, I would get motivated and attempt a 2-mile run. Without fail, I would struggle by the half-mile mark and the story of inadequacy would resurface.

I knew from the start of my Ironman journey that running the marathon would be the most difficult of the three disciplines. I didn’t care. I was going to complete the race and it happened to involve a marathon…so, it’s time to learn how to run a marathon. Initially, I wasn’t concerned about speed, I wanted to feel comfortable as I ran. I would watch the marathoners and marvel at how graceful they were. They seemed to be in a magical rhythm. I was envious, always had been.

My trainer, Johnny, was focused on two questions:

With answers to those two questions, he planned my training path. Initially, speed was never a goal. I wanted to learn to endure and finish what I thought were long competitions.

Along the way, he began improving my running technique by having me focus on individual pieces of the sport.

While completing my workouts I focus on one of those things. My performance assessments are scheduled roughly every eight weeks. During the assessment, he addresses my technique as well as suggests what I need to add to my “focus” list. Sometimes the focus didn’t change other times it did. Often, progress feels slow and get frustrated, but the regular refrain from experienced triathletes is “trust the plan”, so I kept on keeping on.

My endurance steadily increased, the two-mile barrier went down, then, 5K, 10K, and a half-marathon. I even began enjoying running. Unfortunately, I couldn’t shake my ghosts of the past. Whenever I would start feeling like I could run faster than a 10-minute mile, I lost my confidence – over and over again.

Just before my half marathon in the fall, I had a run assessment and he told me that my race pace should be in the mid-to-upper 9 minutes per mile. He also said that I am stronger than I think I am.  Even with that encouragement, I was unwilling to attempt to run faster than 10-minute miles at any point during the race. I repeated the same effort for the Houston marathon.  I didn’t believe in myself, so I didn’t try. I still wasn’t ready to win the mental game.

I injured my right knee while running the Houston marathon and was unable to run without pain for about a month. After recovering and working to strengthening my leg and hip muscles, I’ve been able to run for up to 90 minutes without pain or discomfort.

Johnny had a top of zone-2 run on the schedule today.  That’s called “race pace”, and caught me by surprise. Initially, my fear came racing back and the excuses began to surface. Based on my last lactate threshold assessment, zone-2 is between 9:00 -10:26 min/mile.

I knew that it was time to face my demons again.

Fear or no fear…didn’t matter. Time to put in the work. Period.

I turned on my new favorite running podcast, Podrunner and set off on my quest to face my fear. The warmup was a little uncomfortable because I was already anticipating the discomfort of running. Once I got warmed up, I switched to an episode with a faster tempo and fell right into a rhythm. I used the beat to keep focused on my cadence. One mile, two miles, three miles…I was in a zone and feeling great. I started feeling the difficulty as my heart rate hit about 165 bpm about 40 minutes into the run. I had to stop at a long traffic light which allowed my pulse to fall to about 140 and I was felt strong again. Within five minutes of maintaining a sub 9:30 min/mile pace, my pulse was back up to the 160s. It was then that I realized that my muscles weren’t really fatigued, I was uncomfortable maintaining the high heart rate. Today I was engaged in a a mental game, not a physical one.  So, I decided to pick up the pace and hold it for the remainder of the run. I need to get mentally comfortable with “race pace” and the accompanying increase in heart rate.  My body is strong enough to maintain the pace, of that, I am now certain.

Breaking personal limits is what I love about this journey. For the rest of the day, I felt grateful and super happy about my accomplishment. I realize that have to repeat it many times and then hold the pace for greater distances 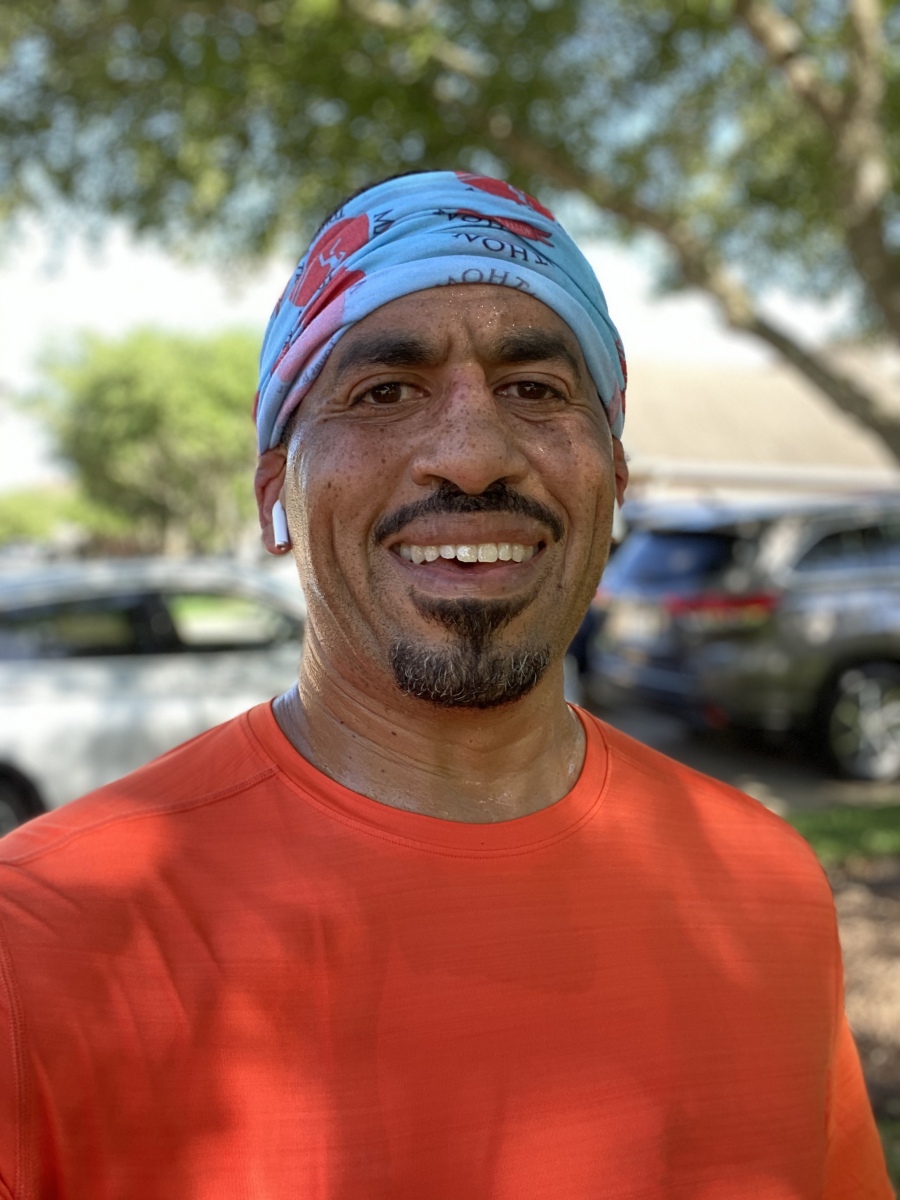 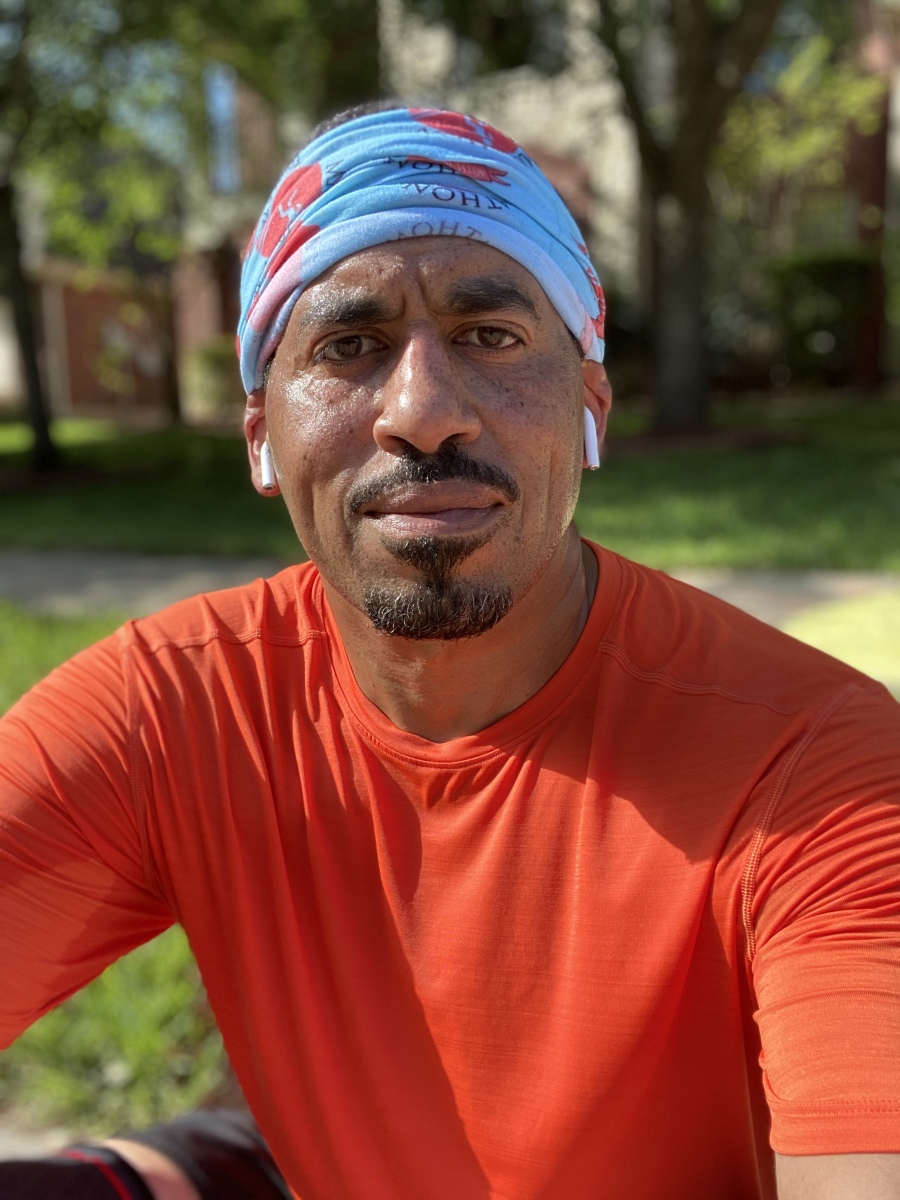 I have competition issues